Edward Miller has written 8 posts for The Solution

True believers claim that ingenuity is the lifeblood of economy, central to solving the economic, social and environmental  dilemmas we have today. Much the same has been touted in connection to the release of genetically engineered Salmon into the US market, as approval is considered in the coming days by the USFDA. On 22 November the FDA finished its comment period on the labelling requirements for GE Salmon, and while the product is yet to hit the market (it could have as early as 23 November) it has become a hot-button topic. END_OF_DOCUMENT_TOKEN_TO_BE_REPLACED

I bet it’s nice to be right every now and then. Good for the self-esteem, at any rate. However I’m not sure where you stand when publicly falsifying your own previous positions. There is a certain degree of comfort in knowing that if the new me wasn’t right, then sure enough the old one was.

This is where British environmentalist George Monbiot now finds himself. Despite previously proclaiming that the ‘only’ ethical stance in the face of coming food and climate crises was veganism, he has recently published an article dramatically titled ‘I was wrong about veganism. Let them eat meat – but farm it properly’. END_OF_DOCUMENT_TOKEN_TO_BE_REPLACED

The announcement of the first whale death (cetaceacide) from the Shell Deep Horizon oil spill proved an ominous portent ahead of the 62nd Annual Meeting of the International Whaling Commission (IWC). Whaling is one of the more politicised areas of animal law, in which passions and national identity run high. There are only 3 countries that currently allow commercial whaling, a minority trend which often leads to racialised politics. New Zealanders tend to think of it as a non-negotiable issue, up there with bans on nuclear power and weaponry, and genetic engineering.

Whaling is one of New Zealand’s oldest industries and much of the earliest colonial experience was comprised of contact between Maori and Pakeha whaling and sealing crews. This era of New Zealand’s colonial history centred on Kororareka, by the 1830s it was the largest whaling port in the Southern Hemisphere, popularly known as the “Hell-hole of the Pacific“. Our domestic whaling industry collapsed in 1964, and in resuming our membership in the IWC the NZ government issued the uncompromising view that “…whales should not be killed even if it could be shown that whaling does not threaten the existence of the species.” This proclamation was backed by the declaration of an international moratorium on commercial whaling in 1982, coming into effect in 1986. However, a new approach has been mooted in light of the previous failures to agree at the IWC, a compromise approach (reducing the total number of whales slaughtered) that envisions an eventual cultural transformation. Labour MP Chris Carter has been extremely critical of the limited commercial whaling promoted by the Key administration, despite recent suggestions that Carter and Phil Goff had engaged in diplomatic negotiations along the same terms. Amidst this mess, Foreign Minister Murray McCully and Sir Geoffrey Palmer spent the week in Agadir, Morocco, attempting to reach an agreement, despite McCully’s fears that the IWC is presiding over a return of “anarchy” to the high seas. END_OF_DOCUMENT_TOKEN_TO_BE_REPLACED

Garth George and the Confused Culture

It’s not often I’m moved to comment on Garth George – for those who are blissfully unfamiliar with his work, he’s a longtime conservative critic for the Herald, who in the past has railed against the decriminalisation of both abortion and homosexuality. Thursday’s Herald included a fascinating editorial in which Mr George commented on the recent 33-dog slaughter in Wellsford, demonstrating a poignant knot that braces much of the globalised Western legal and social culture.

Garth begins his post by enumerating the three things he still cannot get his head around. In his own words:

The first is child abuse, paedophilia and cruelty to domestic animals; the second is male homosexuality; and the third is vegetarianism.

I will refrain from commenting on the second point since this is not the appropriate forum (although I do find the specific phraseology ‘male homosexuality’ fascinating), the first and third of Garth’s big confusions reveal a fascinating contradiction. Interestingly, he spends little time actually commenting on the relative merits or otherwise of vegetarianism or veganism (a distinction he admits ignorance of), and when he meets a member of this strange breed, he, ‘..simply shake[s his] …head in wonder.’ The rest of the editorial is devoted to shaming the perpetrators of some of the more heinous instances of animal cruelty over the recent past. Throughout the post, George makes it clear that he has no practical or comprehensible ethical or philosophical grounding from which this set of arbitrary rules are derived. END_OF_DOCUMENT_TOKEN_TO_BE_REPLACED

2010 – The International Year of Biodiversity

Last week, British environmental critic and guardian journalist George Monbiot  posted on the newly state-sanctioned ‘pro-active non-selective badger cull‘ in Wales to stop the spread of bovine tuberculosis, despite ample scientific evidence suggesting that this practice actually increases its spread, sardonically reminding us that 2010 is indeed the International Year of Biodiversity. In many ways, it seems funny that 2010 should be the one we choose to be the year of biodiversity, given that there has never been a year in human civilisation with a lower number of species across the planet. In light of this contradiction, I thought now might be a good time to remind ourselves of the link between meat eating and biodiversity. END_OF_DOCUMENT_TOKEN_TO_BE_REPLACED 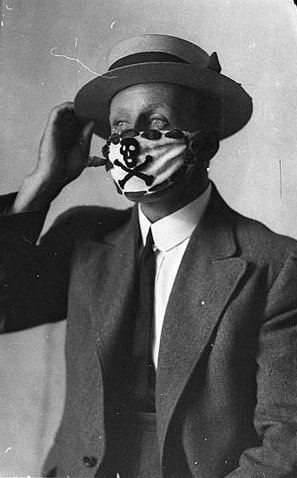 END_OF_DOCUMENT_TOKEN_TO_BE_REPLACED

Not long ago, the UN Food and Agriculture Organisation (FAO) released their annual report on world hunger, The State of Food Insecurity in the World. Unsurprisingly, the Report shed particular light upon the economic crisis and its relation to food security, arguing that it is different to other crises for three reasons. Firstly, it has affected large parts of the world simultaneously, undermining traditional coping mechanisms; second, it followed hot on the heels of the food and fuel crisis of 2006-2008; and third, increased integration of developing economies into the world economy has made them volatile to market activity.  World hunger is on the rise again, cracking 1.02 billion people this year, a sixth of the world’s population. Encouragingly, the FAO recognises that this current state of crisis is primarily structural, reflecting the fragility of our food systems on both a national and global level. While their recommended panaceae (investments in agriculture, the strengthening of social safety nets and the institutionalisation of the right to food) seek to address these problems, they sadly neglect to mention one of the simplest and most effective mechanism for combating world hunger: going vegetarian or vegan.