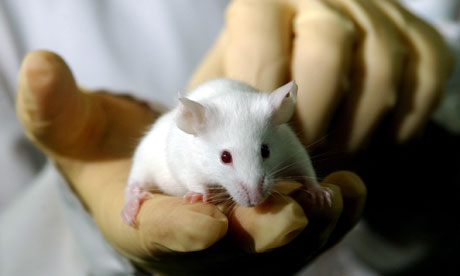 Sadists who hacked off an eight-week-old puppy’s ears with a pair of scissors have avoided prosecution because witnesses refused to give evidence in court.

After a lengthy investigation, Mr Blair established where the puppy came from and managed to find out what happened from several residents, but they refused to go on the record with their evidence, despite the SPCA’s numerous attempts to persuade them to.

As we have previously discussed, the bulk of the enforcement work under the Animal Welfare Act 1999 falls squarely (and heavily) on the SPCA’s unfunded shoulders.  In Auckland, the SPCA has the benefit of pro bono legal assistance.

It means that a person may be summonsed to give evidence.  If you don’t?  The Crimes Act 1961 kicks in:

352 Refusal of witness to give evidence

If any witness who has been summoned to give evidence at any trial … fails to attend at the time and place appointed, the Court may issue a warrant to arrest him and bring him before the Court, and may adjourn the trial.

Of course, if they don’t won’t to talk, they might not be very helpful in Court.  They’ll clam up.  But that’s okay for the prosecutor, because she can hit them with section 94 of the Evidence Act 2006:

94 Cross-examination by party of own witness

In any proceeding, the party who calls a witness may, if the Judge determines that the witness is hostile and gives permission, cross-examine the witness to the extent authorised by the Judge.

For non-lawyers, let me explain what cross examination means.  It means that instead of asking you open questions, the lawyer can put closed statements to you, for you to say “yes” or “no” to.  Not “What did you see?” but “You saw him hacking off that puppy’s ears, didn’t you?”

And if you lie on the stand, that’s perjury.  If you say something different from what you said in a prior (“off the record”) conversation with the SPCA inspector – that’s a prior inconsistent statement, and, well, yes, the prosecutor can most probably adduce it as evidence.

Of course, none of this would help the SPCA in their initial investigation.  There’s no point in getting someone on the stand if you don’t know what they saw, heard, or did.  But they’ve already told the SPCA:

“They spoke to me but they were quite clear in their minds that they wanted to remain anonymous because of fear of the people that were involved,” he told NZPA.

“It’s frustrating knowing who’s responsible but not being able to take that extra step to follow through, which is a common problem that the SPCA has because the animals don’t talk so we do rely on either a confession or witness statements.”

So why can’t the SPCA convict the puppy mutilators again?

Because they don’t have good legal advice.

And why don’t they have good legal advice?

Because they can’t afford it.

And why can’t they afford it?