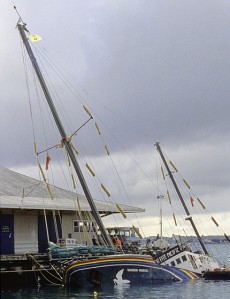 Let’s just start with something that isn’t totally about animal rights.  Some of you might remember me linking to GreenIsTheNewRed articles about non-violent activists being labelled terrorists.  Well, things are at a bit of the 180 now.  An English member of the European Parliament, Godfrey Bloom, has congratulated the French spies who bombed the Rainbow Warrior in the Waitemata Harbour. John Key PM refused to comment.

And we expect the government to get ‘tough‘ on animal welfare?  John, I’m appalled.

That’s just…stupid! It’s stupid! Gah! It’s such a ridiculous division of the world into the stereotypically masculine and the stereotypically feminine with policing to remind us that men must never be feminine. Ever! And women, stop emasculating men!

5 thoughts on “Links Roundup: ‘Quick, let’s do some research!’ Edition”