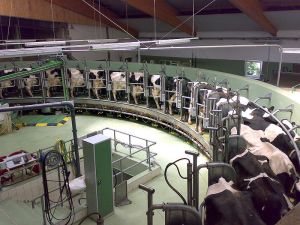 The Parliamentary Commissioner for the Environment has today recommended that Environment Minister, Nick Smith use his call-in powers under the Resource Management Act 1991 (the RMA) to make a decision on the consents. The Act states:

Why is this of interest in a blog about animal law?

Well, although about 75% of the large number of submissions received by the Canterbury Regional Council mentioned deleterious effects on the cows, the question has been raised as to whether animal welfare issues can be legitimately considered as an ‘effect’ of dairy farming for the purposes of resource management consents.

The Council has received legal advice that they can not, nor can they provide grounds for a ministerial call-in.

The Council’s Chief Executive, Dr Bryan Jenkins, has said that the animal welfare issue is more appropriately dealt with under the Animal Welfare Act 1999 (the AWA). He also suggested that a stronger argument can be made for damage to New Zealand’s reputation in international dairy markets being an ‘effect’.

This is all the more incredible if we look at the statutory definition of “environment” in the RMA: END_OF_DOCUMENT_TOKEN_TO_BE_REPLACED

Stephanie is currently a student in Animals and the Law at the University of Auckland, Faculty of Law, and a guest contributor to the Solution.  Students from this class will be contributing blogs to the Solution periodically over
the next month. 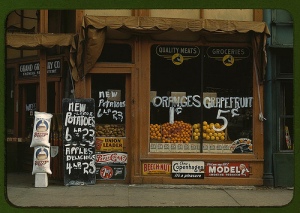 There is a stereotype of the vegetarian-going-vegan animal rights enthusiast of being a left wing voter.  Even my closest right-wing friends and family members joke about me being a ‘socialist’. I cannot convince them that I actually agree with them politically. A barbeque interrogation about why I am not tucking into a juicy steak seems to inevitably lead to questions concerning my political views, much to my friends’ bewilderment when they hear the unexpected: I’m right-wing, but don’t eat meat.

Yes.  I fall on the right of the political spectrum, and in general, I believe in the free market.  It promotes efficiency, hard work, innovation, and self-reliance.  Excellent. END_OF_DOCUMENT_TOKEN_TO_BE_REPLACED

Just last week, we posted about the SPCA’s difficulties in pursuing prosecutions under the Animal Welfare Act 1999 (the AWA).  An article in the Herald on Monday (‘Hundreds of Cases of Livestock Mistreatment Reported’) highlights just how little the Ministry of Agriculture and Forestry (MAF), is doing by way of prosecutions.  But, as the Police generally do not prosecute animal welfare offences, MAF is the other main body, along with the SPCA, that is empowered to prosecute under the AWA.

In the year to November 2009, MAF received 689 complaints about the mistreatment of animals, and investigated 615.  They brought two prosecutions.

In 2008, there were 948 complaints in total, of which 824 were investigated.  No prosecutions were brought.

So, out of 1439 investigations in two years, only two resulted in prosecutions. This is a rate of less than 0.4%.

Curiously, the story was re-spun the next day with the title: ‘Big Fines for Farmers Who Let Their Livestock Starve’ moving the sentences imposed to the head of the article and the fact that there were only two prosecutions in two years to the second half of the piece. END_OF_DOCUMENT_TOKEN_TO_BE_REPLACED

Being Vegetarian and Believing in Social Justice

Max is a member of SoLVe and a law student at the University of Auckland.  He is heavily involved in debating, and is one of the Auckland University Law Review editors in chief for 2010.

Vegetarians and vegans are often also politically outspoken, socially active, and environmentally conscious.  Of course, not all vegetarians and vegans are like this, and not all of those committed to social justice choose not to eat meat or animal products.  But there is surely a connection between the two strands of thought: the cliché that vegetarians and vegans are ‘leftie greenies’ has a kernel of truth.  It is worth asking why this is, and exploring how the connection influences our beliefs and behaviour.  Understanding the relationship between vegetarian/vegan lifestyles and social justice impulses helps to shed light on both camps of thinking, and may also encourage further crossover and cross-fertilisation between these camps.

END_OF_DOCUMENT_TOKEN_TO_BE_REPLACED

Happy new year all, and welcome to the first links roundup for 2010.  Aside from the unfortunate ramming and sinking of the Sea Shepherd speedboat the Ady Gil (formerly the Earthrace 2000) last week (which, according to whaling industry spokesman Glen Inwood did not happen), not much has happened on the animal rights front in these first two weeks of 2010. 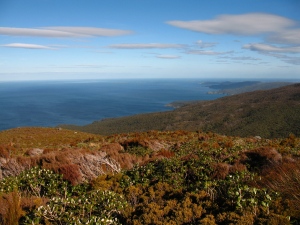 ‘Everybody needs beauty as well as bread,’ says John Muir, ‘places to play in and pray in where nature may heal and cheer and give strength to the body and soul.’

The beauty of the outdoors does indeed bring much sustenance, but one cannot live on beauty – or bread – alone.  In fact, one requires a balanced, calorie-rich diet if one hopes to venture out into the wilderness.  For most people this presents its challenges, but I will argue that eating vegan in the outdoors is a cinch.  As a case study, I will discuss my culinary selections from my recent 14-day, 200-kilometre circuit of Stewart Island.  I had to carry all of the food and gear I would need for 14 days, and so space and weight were at a premium.

END_OF_DOCUMENT_TOKEN_TO_BE_REPLACED 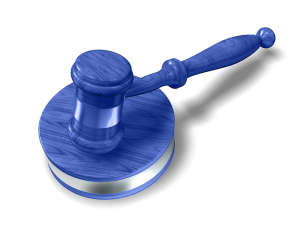 As always in public discourse, the primary justification for this increase of the sanction is that abuse of animals leads to – or is at least an early indicator of – violence against humans.

It is encouraging to see these issues raised in Parliament and the mainstream media but this call for tougher penalties highlights a number of the shortcomings of the law around animal cruelty. Namely: That sentences are so far short of the current maximum that an increase will be largely academic; the fact that the sanction is criminal actually militates against its implementation; and, the real problem is with a distinct lack of enforcement and prosecutions. END_OF_DOCUMENT_TOKEN_TO_BE_REPLACED