The Solution on the Radio

Yesterday morning, Debra from Animal Rights and Wrongs interviewed me for their Wellington Access Radio slot.  I expect that it will be up online shortly.

END_OF_DOCUMENT_TOKEN_TO_BE_REPLACED

Yesterday, I attended the SAFE event at the Auckland Museum entitled ‘Speaking for Animals on Show‘, set up for the purpose of launching the group’s newest educational initiative: the Animals on Show resource, the third in the Animals and Us series of resources designed to reach secondary school students and encourage their interest in human-animal studies.

The event itself was very well put together, and had three notable speakers: (1) Jeffrey Masson, Auckland based author on animal issues who spoke on animal emotions and the importance of respecting animal needs in making decisions about them; (2) Nichola Kriek, SAFE’s education officer, who was the co-creator of the Animals on Show resource and talked about how it was developed and its purpose, and (3) Michael Apted, Hollywood director of Gorillas in the Mist and other notable films.

END_OF_DOCUMENT_TOKEN_TO_BE_REPLACED

Some Thoughts on Talking to Non-Vegans 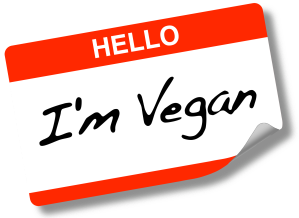 It is a wonderfully empowering thing to realise the degree of choice that we have in our lives by making informed choices about what we eat. This is usually reflective of a long process of considered thought and it is not uncommon to feel a little special. Indeed, we may feel very wise. This can be a bit much for other people to bear as the proverbial zeal of the converted leads us to find a way to drop our capital-V Veganism into any conversation on any subject.  And, to not know when to drop the subject.

I don’t presume to dispense advice here, nor do I intend a lecture, but there are some thoughts I would like to share about how we can better communicate with our omnivorous brothers and sisters and with each other.

It’s not about your ego.

END_OF_DOCUMENT_TOKEN_TO_BE_REPLACED

Two weeks ago, the Worldwatch Institute reported a study that showed livestock produce 51% of anthropogenic carbon dioxide emissions, not 18% as previously estimated. The report is, frankly, damning and the Institute’s summary concludes with a succinct suggestion that we abandon animal products:

Based on their research, Goodland and Anhang conclude that replacing livestock products with soy-based and other alternatives would be the best strategy for reversing climate change. “This approach would have far more rapid effects on GHG emissions and their atmospheric concentrations-and thus on the rate the climate is warming-than actions to replace fossil fuels with renewable energy.”

This Monday, the New Zealand Herald caught up, in a beautifully-titled article: Meat Eating Worse Than Thought – Study.

Now, of course that’s fascinating – not to mention concerning – in itself.  I’m sure that the environmental side of veganism will become a recurring theme on this blog, and this new study adds new weight to the ecological case for eating less (or no!) animal products.

But what I find more interesting is the comments on the Herald’s Your Views page about this.  It’s a great vox populi sample of the New Zealand population, and, while I really do hope that it’s not representative, it’s definitely telling.  So let’s have a look at what people have to say.

END_OF_DOCUMENT_TOKEN_TO_BE_REPLACED

I like to think that veganism will make progress when it goes mainstream – that is, when people from all walks of life make the change away from meat, eggs, and dairy.   While I think that is still a fair way off, over the past couple of years I’ve noticed a few positive changes.  Mainly it’s been the growth in availability of vegan foods, and the development of vegan restaurants, especially overseas.   But another nice change is the ‘popping up’ of vegans in unexpected places.  While it’s never surprising to find vegan celebrities, like musicians or actors, the sports world has been pretty resistant.  Here in NZ, we’re constantly subject to the Evers-Swindell twins dancing around to the joy of dead cow and lamb, or some cyclist peddling McDonalds proteins.

END_OF_DOCUMENT_TOKEN_TO_BE_REPLACED

On World Vegan Day, it’s great to see that the NZ Vegan Society – not to be confused with the NZ Vegetarian Society – has been relaunched, and plans to start advocating for vegan causes.  Check out the new Vegan Society website and support this initiative.